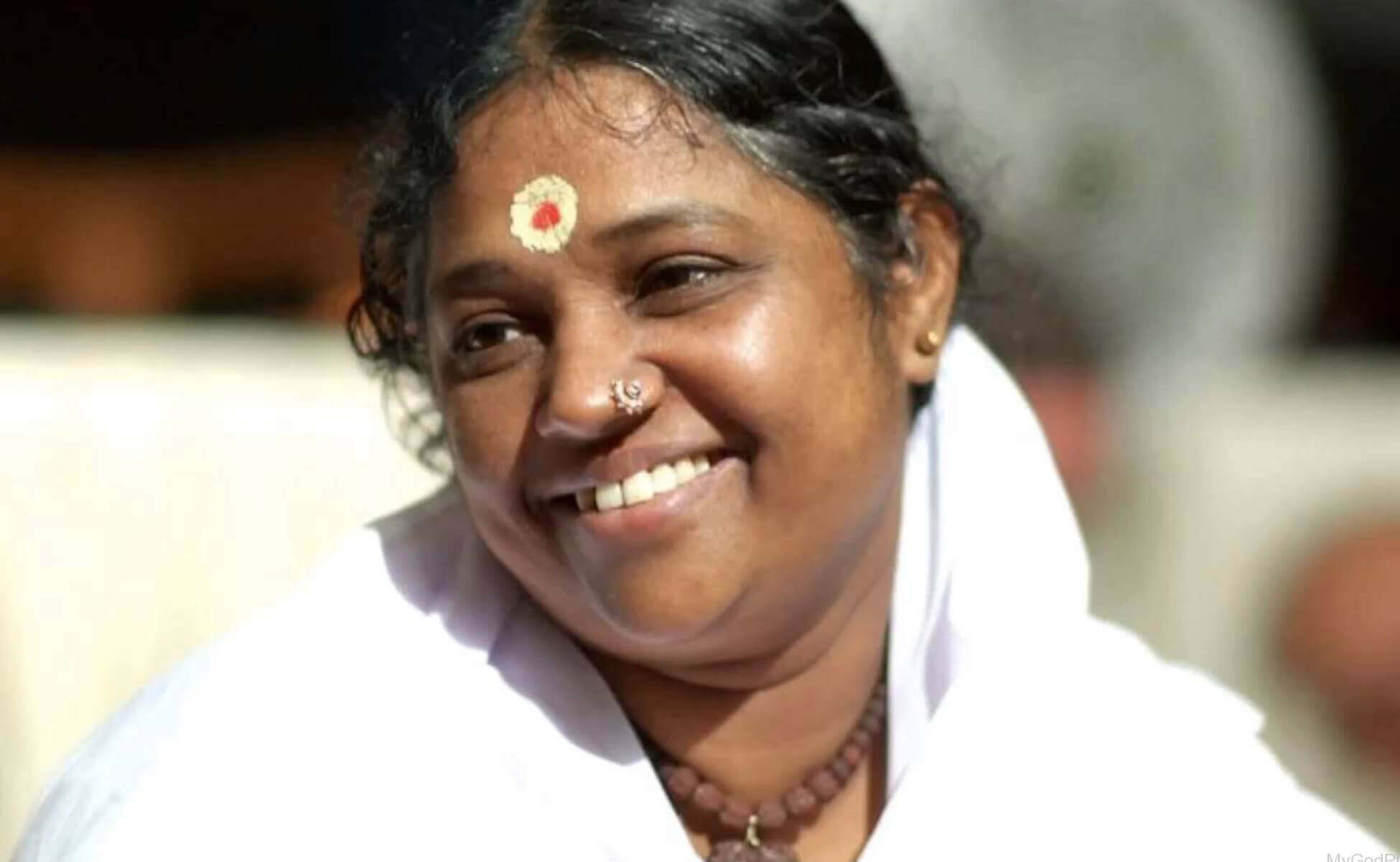 Shes known throughout the world as the hugging saint. All of her waking hours are spent traveling the world wrapping her arms around those she meets. Mata Amritanandamayi, known to most as Ammachi, has hugged more than 20 million people in the last 49 years.

Her mission is to help others discover their own glory within. The awakened man solves all his problems for himself, and becomes a blessing to society, she says. She believes that by reaching a spiritual peace we can all better handle lifes ups and downs. And she teaches that we find that peace by giving of service to others.

From the age of nine in her village in Kerala, India Ammi has felt the calling to help the elderly, poor and sick. Her own family was poverty-stricken but she insisted they share what they had with the less fortunate. Many in her family condemned her unusual behavior and there were those who tried to harm her, but the woman persevered.

It is her belief that much of mans suffering stems from an intense lack of love. She uses her mission to give love to the world to help several charities involved in providing development assistance, economic aid, medical aid and education to those in need. She uses her life as an example of living with spiritual awareness and at the same time providing practical social service.

“I desire peace for the people; this is what makes me happy, she says. In this world where so many people live in luxury and comfort, there are many who are suffering poverty and even starvation. With cooperation and love, we must selflessly serve the whole world without expecting anything in return.”

Her direct aid organizations include programs to build more than homes for the poor, womens shelters, hospitals and orphanages. Her network of educational facilities has spread throughout India providing numerous elementary, secondary, vocational and graduate schools.

Ammis popularity around the world has risen so much that there are days where she hugs more than 18,000 people. Sleeping only two hours a night, she works tirelessly to love the world. Over the last 30 years its been estimated she has hugged more than 22 million people. A little more than a year ago her efforts to share love with the world brought her the Gandhi King Award for non-violence.

Dr. Timothy Conway, author of the book Women of Power and Grace, says it best when he describes her as “one of the most glorious lights to appear in the history of religion. Just her stamina-embracing these millions of people one by one, day after day, without a break, all over the world-is some kind of divine gift. No mere human resources could accomplish this.”